Meet our team of doctors and specialists. 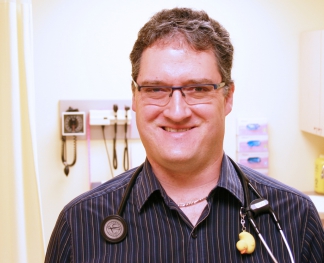 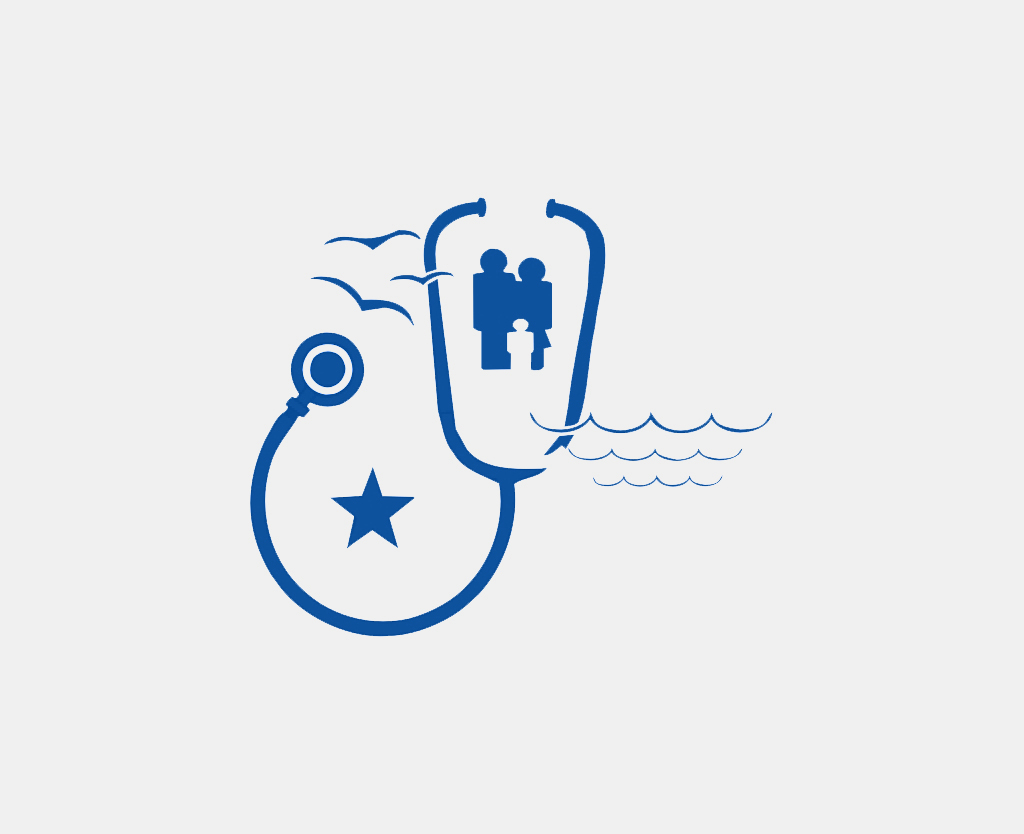 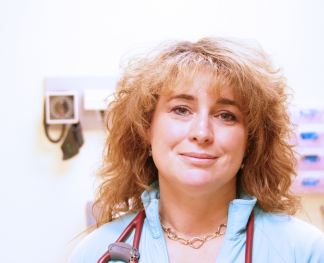 Born in Gatineau, QC, Dr. Natalie Cauchon received her doctorate of medicine from the Université de Sherbrooke in 1992 and received her family medicine certification in 1995. In addition to her private practice in family medicine, Dr. Cauchon works at the obstetrics clinic of the Chaleur Regional Hospital in Bathurst. She also has a special interest in geriatrics and has a subspecialty in sclerotherapy. She is president of the Acadie-Bathurst Medical Society since 2011. She is also an instructor of the scout movement in the region. 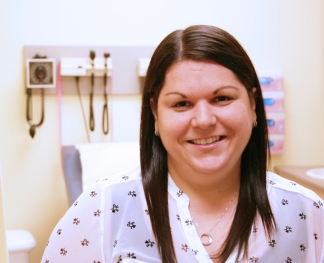 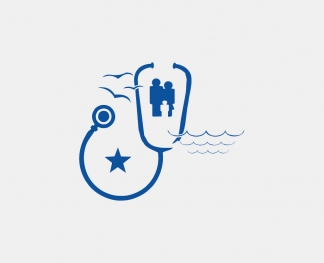 Born in St-Sauveur, NB, Dr. Morais has obtained her degree in Health Sciences in 2005 and successfully received her medical degree at the Université de Montréal in 2010. She then received her family medicine certification from the Rimouski family medicine unit. Dr. Morais also works at the obstetrics clinic of the Bathurst Chaleur Regional Hospital. 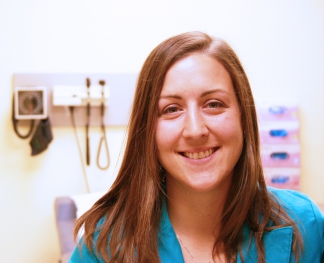 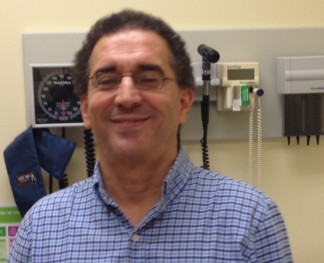 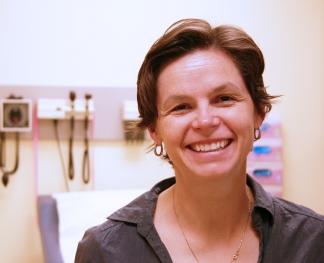 After her certification in Health Sciences from the Université de Moncton in 1994, Dr. Lepage pursues her medical studies at the Université de Montréal. In 2001, she completed her residency in family medicine in Moncton via the Université de Sherbrooke. She then worked at the emergency department of the Hôpital de L’Enfant-Jésus de Caraquet for 2 years. Following this, she attended the Université de Montréal from 2003 to 2007 to obtain her dermatology specialty certification. Since 2007, Dr. Lepage moved to Bathurst working as a dermatologist at the Bathurst and Caraquet hospitals. She also has her private dermatology practice at the Clinique Médicale Nepisiguit. In addition to her dermatology practice, Dr. Lepage is a clinical researcher for diseases such as psoriasis and eczema in collaboration with the Maritime Medical Research Centre at the Clinique Médicale Nepisiguit. 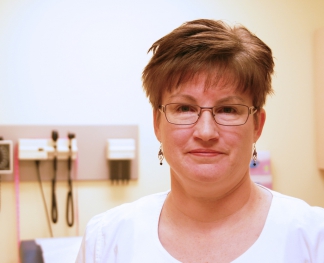 Born in Bathurst, NB, Martha obtained her Bachelor of Nursing in 1985 from the University of New Brunswick (UNB). She received her master’s of nursing: nurse practitioner stream, from the University of New Brunswick in 2003. She started her collaborative practice with Dr. Natalie Cauchon at the Clinique Médicale Nepisiguit in 2004. She was president of the Nurses Association of New Brunswick from 2009 to 2011. In 2013 she started working as a nurse practitioner with the Pabineau First Nations Health Centre. She is presently a nurse practitioner preceptor for NP students from various Canadian universities as well as a mentor for undergraduate nursing students of UNB – Bathurst campus. She also participates in several provincial and national NP committees. 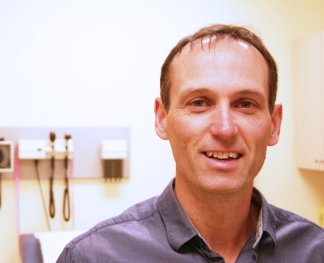 Carol was born in Rimouski, Québec. From 1986 to 1989, he pursued his studies in inhalation therapy and anesthesia. His career took him to Sherbrooke where he worked from 1989 to 1991. He then moved to Moncton, NB to pursue his career in OR at the Centre Hospitalier Universitaire Dr Georges-L.-Dumont. Following his marriage to Dr. France Lepage, he moved to Bathurst in 2010 to become an assistant dermatologist. Carol now oversees the patch test clinic, the phototherapy clinic, as well as offers support to the management of the dermatology department at the Clinique Médicale Nepisiguit. 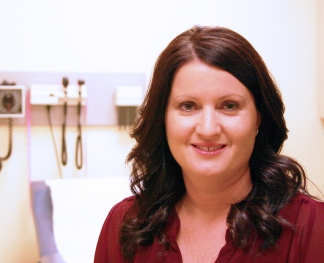 A native of Lagacéville, NB, Nancy Rousselle obtained her certification as a respiratory therapist and anesthesia technician from the Cégep of Sainte-Foy, QC in June 1998. She started her career as a respiratory therapist in the hospitals of the Acadian Peninsula. In 2000, she completed an education micro program for asthma control from Universtié Laval. In 2001, she accepted a position at the asthma clinic at the Bathurst Hospital. In November 2001, she obtained her certification as an asthma educator via the Canadian Network for Asthma Care. In September 2008, she completed her training in COPD TREC with the Pulmonary Association. In November 2009, she obtained her certification in COPD via the Canadian Network of Respiratory Care, hence her title as a certified respiratory educator. In the fall of 2009, she completed her training to implement the Ottawa Model on smoking cessation in hospitals. Since February 2014, as part of a pilot project with Vitalité Health Network, Nancy works at the Clinique Médicale Nepisiguit on Tuesdays to offer her services to COPD patients.

From St. Léolin, NB, Josée graduated from the Université de Moncton (Moncton campus) in nursing in 1995. From 2009 to 2012 she worked at the Chaleur Regional Hospital diabetes clinic in Bathurst. She obtained an approved national diabetes educator certification as well as a provincial certification program in insulin adjustment. Since September she has been holding the position of community diabetes case manager for the zone 6 of the Vitalité Health Network. Much of her practice is done at the Clinique Médicale Nepisiguit as well as with several other doctors in the area. During her career she has gained experience in medicine, in recovery room, pediatrics as well as the majority in the emergency department.